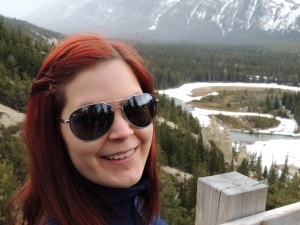 Every segment on the show has someone like me who books the guests, compiles background information, helps develop question lines, and pushes content to social media. I also produce the Power & Politics podcast. While I have no specific beats, my areas of interest include provincial and municipal governments, climate, health care, Indigenous issues, and child care.

Previously, I was a reporter at The Hill Times, where I covered the public service, Parliament Hill media, and Parliamentary receptions. One of the key issues I’ve covered is the Phoenix pay system, which has left tens of thousands of bureaucrats with pay issues since its launch in February 2016.

In June 2017, I graduated from Carleton University with a Bachelor of Combined Honours in Journalism and Women’s and Gender Studies, with a minor in political science.

I have a wide range of interests, but overall I would call myself a storyteller. I love talking to people and figuring out the glue that holds their communities together.

My first journalism-related job was a  North Bay Nugget paper route when I was 13 years old. Throughout high school I contributed as a bi-weekly columnist for Community Voices, which is a free weekly newspaper published by The Nugget.

After a year of journalism school I marched into The Nugget newsroom asking them to hire me, which turned into two summers on their editorial team. Since then, I’ve completed internships with The Ottawa Citizen and iPolitics.ca; and have freelanced for Maclean’s Magazine’s University Insider’s Report.

In February 2017, I spent two weeks with CBC Radio’s The House and spent that summer working as the morning reporter at The Telegraph-Journal, the largest newspaper in the Brunswick News Inc. chain.

I am keenly interested in reporting on social issues, politics, and science stories. Through my work at The Hill Times, I’ve also developed an interest in public administration.